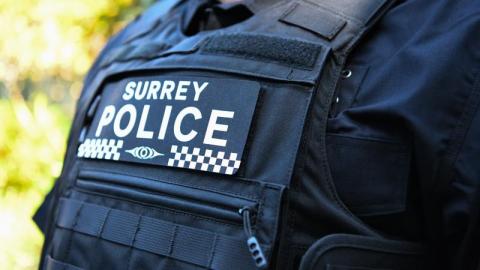 Following a UBCM request for information regarding the Surrey Policing Transition, the Province has outlined the process to date as well as some of the main impacts on municipalities over 5,000 in population. Moving forward, as more forecasting and financial analysis is completed, it is expected that updated impacts and projections will be communicated directly to affected RCMP-policed municipalities.

Under the BC Police Act, municipalities with a population of 5,000 or more may choose to establish a municipal police department for the provision of policing and law enforcement provided that Ministerial approval has been given. The municipality is responsible to bear the necessary costs to ensure that an adequate and effective level of policing is maintained within their municipal boundaries.  Following a Surrey council vote in November 2018, the City of Surrey wrote to the Minister of Public Safety and Solicitor General advising of its intention to transition from an RCMP Municipal Police Unit to a municipal police department. Upon review and evaluation of materials (including the Surrey Policing Transition Plan and the Provincial Municipal Policing Transition Study Committee’s final report), the Minister of Public Safety and Solicitor General, on February 27, 2020, provided approval under Section 23 of the Police Act, which enabled the establishment of the Surrey Police Board.

Milestones and Next Steps

The City of Surrey’s transition from an RCMP Municipal Police Unit to the Surrey Police Service is well underway, with several key milestones having been achieved, including:

The SPTTC brought together a significant number of subject matter experts to collaboratively develop and now implement the plans that will see the first SPS officers operationally deployed in the City of Surrey on or before, November 30, 2021. This first cohort will include 50 experienced SPS police officers assigned to the Surrey RCMP Municipal Police Unit, which will be under the command of the RCMP.  Subsequent cohorts of SPS officers will be operationally deployed in 2022 and 2023.

The City of Surrey’s Municipal Police Unit Agreement (MPUA) for RCMP policing remains in effect, and the Surrey RCMP Municipal Police Unit remains the police agency of jurisdiction. This arrangement will continue until such time that the Surrey Police Service is ready to become an operational police agency and the Director of Police Services is satisfied that it has fulfilled the practical and statutory requirements to operate in compliance with the BC Police Act, related legislation, and the BC Provincial Policing Standards. The Province will conduct an evaluation to help inform the Director’s decision.

There are a number of potential impacts to municipalities and/or their police agencies resulting from a policing model transition of this size and scope. Moving forward, the Province will be engaging and/or work with the RCMP to ensure local governments are meaningfully engaged about these potential impacts. This engagement will take place through UBCM and the Local Government Contract Management Committee (LGCMC).

There are a number of potential impacts to RCMP-policed municipalities and/or their police agencies resulting from a policing model transition. An additional document outlines the following issues: