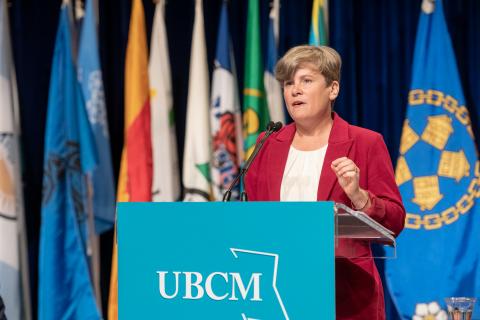 The challenges created by fires, the opioid crisis, the pandemic, and racism have served to strengthen the working partnership between the Province and local governments, said Josie Osborne, Minister of Municipal Affairs, in her comments to local governments today.

Osborne commended local governments for being on the front lines providing support in their communities. “While the past year and a half has been hard, it’s shown us that we have incredible strength to lean on each other to pull through the most difficult times,” she said.

Osborne confirmed the Province’s commitment to work with local governments through the Special Committee on Climate Action and the Green Communities Committee. The Minister also indicated that she will be listening to the debate on the policy paper produced by the Select Committee on Local Government Finance.

The address also provided an occasion for Osborne to announce nine additional projects in B.C.’s Northwest will be receiving funding through the Northern Healthy Communities Fund.