The future of housing 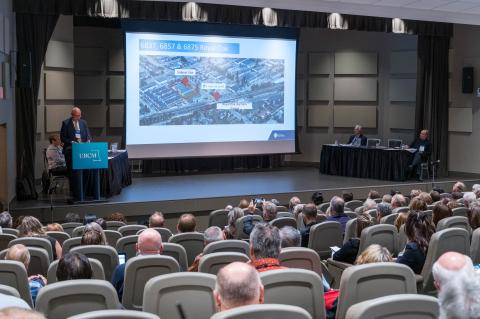 Local government leaders from across the province shared experiences in addressing housing shortages at a UBCM study session earlier today. Mayor Mike Hurley of the City of Burnaby told delegates that supply alone will not solve everything and that it is “the wrong idea that everything wrong with housing is the fault of local governments."

Hurley stated that local governments cannot control the housing market, but they can control zoning, OCPs, and how development approvals are granted to meet local demand - which local governments understand - to build strong communities. Hurley said supply must be added to increase affordability, but dismissed the idea that supply alone would solve the problem. “If supply alone is the answer, Metrotown would have the cheapest supply in Canada,” he said.

Councillor Craig Hodge of the City of Coquitlam built upon Mayor Hurley’s comments by providing delegates with an overview of how Coquitlam has actively chosen to become a leader in planning and development with an open and consultative planning process. Hodge reaffirmed the principle that “growth should pay for growth,” in order to pay for the infrastructure necessary to support greater density.

Summerland’s Mayor Toni Boot and Mayor Ed Mayne from the City of Parksville both touched on how housing shortages in their communities have impacted their economies, and sparked reviews of their respective development and permitting processes. Boot proposed updating co-op legislation to make it easier for such housing options to become established.

After the local government representatives offered the case studies of their experiences, delegates heard from panels including representatives from the Independent Contractors and Businesses Association, the Greater Victoria Housing Society, as well as the Aboriginal Housing Management Association.