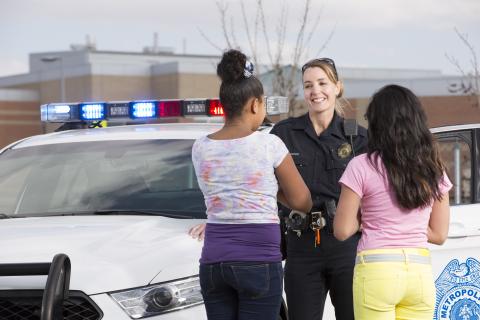 The Ministry of Public Safety and Solicitor General has established the Local Government Policing Modernization Roundtable (LGPMR) to consider a set of provincially identified priorities. The province is inviting local government input to this process through the appointment of local government representatives to the roundtable. Interested elected officials and senior staff members have until December 10, 2021 to apply.

Although the final report of the Special Committee on Reforming the Police Act (SCRPA) is not due until April 28, 2022, the Ministry of Public Safety and Solicitor General is beginning policy work on a number of its own policing priorities that fall under four broad themes:

The Ministry is seeking input through the establishment of roundtables, including the LGPMR.

The LGPMR will provide a forum for local government priorities and concerns to be raised with the province, as part of the roundtable’s work to research issues, explore options and advise on courses of action. Once the SCRPA has completed its final report, the LGPMR’s role will be expanded to include analysis and work related to the Special Committee’s recommendations. The LGPMR will also engage with other stakeholders and roundtables on an as-needed basis.

The initial meeting of the LGPMR is expected to occur in December 2021, via videoconference. The roundtable will continue to meet on a regular basis until the province introduces new legislation (date TBD). Up to 15 roundtable members will be appointed by the UBCM Executive, with consideration towards ensuring representation from staff and elected officials; urban and rural local governments; and, communities policed by the RCMP and municipal police agencies. Appointees will also be required to sign a non-disclosure agreement in order to participate.

Elected officials shall be reimbursed for out-of-pocket expenses, in accordance with UBCM policy.

The Police Act provides the framework for the delivery of police services in British Columbia, including responsibilities assigned to the province and local governments. In 2020, the province announced its intention to review this legislation, subsequently creating the SCRPA. The SCRPA has a mandate to research and make recommendations regarding the modernization and sustainability of policing; the role of the police with respect to complex social issues; the scope of racism within BC’s police agencies; and any measures necessary to ensure legislation is consistent with UNDRIP. The Special Committee’s recommendations and final report are due by April 28, 2022.

In January 2021, UBCM delivered and soon after presented a submission to the SCRPA. UBCM’s submission includes 17 recommendations that seek to address support for law enforcement; public trust and accountability; responsibility and resourcing for services; efficiency and effectiveness; coordination and communication; and, ongoing engagement.